So, I’ve hopped on board the Pinterest bandwagon and to my surprise, it’s been quite entertaining and useful.  I’ve found several yummy and nutritious (ie. food with green stuff) recipes there that the kids actually like and devour.  I’ve never been the mom who makes happy faces with food in order to get her kids to eat (I’m a bit too practical, or maybe square, for that), but I’ve been able to find 3 easy ways to make food more kid-friendly.

1) Add cheese!  Cheese makes anything and everything taste better (this is why fondue is so popular).  I tried this recipe for Mac and Cheese muffins and added baby kale, baby spinach and baby chard (a packaged trio of veggies from Trader Joe’s).  E said he wanted to eat 100 of them (he actually ate 6.5) and C asked if I could make them every day. 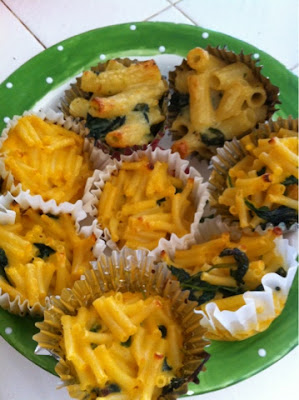 2) Bake it!  By baking veggies, I have gotten my kids to eat green stuff with no problem at all (no bribing or threatening required!).  The key is to cover the veggies in olive oil, season them with salt and pepper and bake them till they are brown and crunchy!  Here’s a recipe for cauliflower and one for kale.  You can also sprinkle cheese on top to make them even more appealing.

3) Throw in some chocolate!  I found a recipe for Chocolate Avocado Pudding and it tastes a lot more yummy and less strange than it may sound.  It’s healthy, too, which makes it even more tasty.  I may have to add more honey next time so the kids will eat it, but if that doesn’t work, there’s more for me!  Another recipe that is chocolate-y and delicious is Oatmeal Chocolate Chip Muffins (made healthy with whole wheat).  You can also add nuts for more protein. 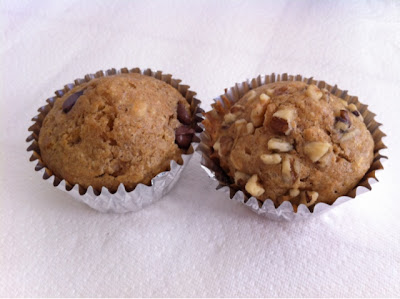 I thought I’d include Beyonce’s song “Single Ladies” for this post because you can change the words in the chorus to “If you like it then you shoulda put a pin on it!”

What cool and useful things have you found on Pinterest?